Held at the Twentieth Century Club, 84 S. Lansdowne Avenue, Lansdowne, PA, doors open at 7:00 PM and show begins at 7:30 PM.  Tickets are $20 when purchased in advance online or with an advanced phone reservation and $25 without an advance reservation.

The Lansdowne Folk Club is adhering to all CDC recommended practices for preventing the spread of Covid-19 within the venue.  We are seating at our full indoor capacity, require full Covid-19 vaccinations (honor system) and masks are encouraged but not mandatory.

Writing and performing together since 2007, Mallory Graham and Scott Tyler inevitably formed The Rough & Tumble in 2011 as the friends turned into bandmates.  In 2015, after a bad Nashville landlord left them without heat for 12 days during an ice storm, the bandmates turning spouses decided to hit the road. They sold everything they could, bought a 16’ camper (despite the warning of their families and the lot salesman), packed up their instruments, their dog, and a couple of small trinkets shaped like elephants and mice that they couldn’t part with, and hit the road.  They’ve been touring relentlessly since with their two 100lb rescue dogs, Mud Puddle and Magpie Mae, in spite of multiple burnt up axles, busted tires, and consistent water leaks. 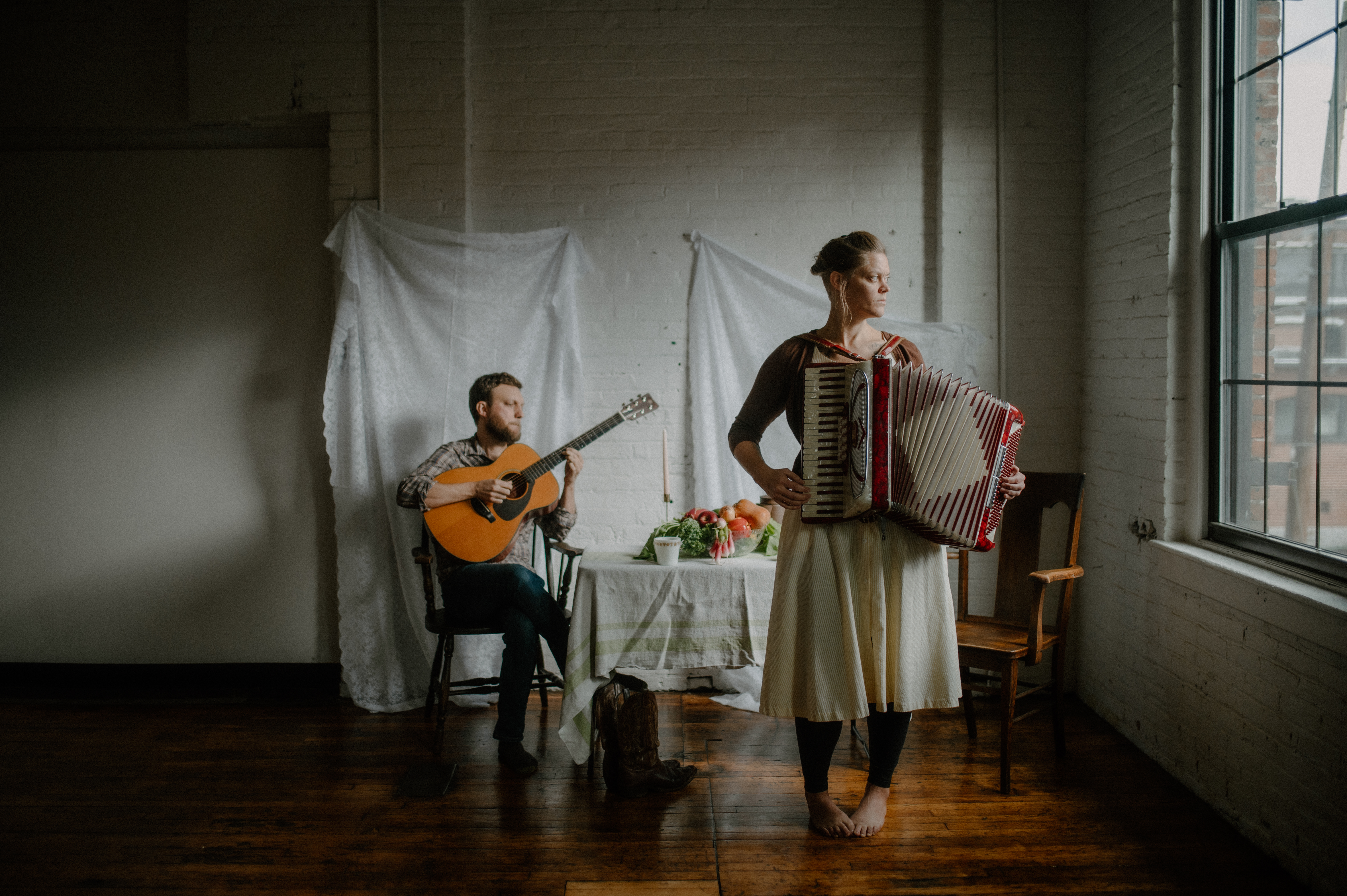 On February 19, 2021 The Rough & Tumble dug into the severed branch of their family tree, bringing their newest work, We’re Only Family If You Say So,a full length record about what it takes to be family– and what it means to lose it.  As with their previous two albums, it was recorded in East Nashville, TN with producer/engineer Dave Coleman. With its release, fans are Saying So. The raw, emotive nature intersects with the sweet, nearly upbeat tone that touches a nerve unfortunately familiar to listeners, particularly in the aftermath of division in both nation and families alike.

We’re Only Family If You Say So follows on the 2019 release Howling Back at the Wounded Dog, a 10-song album wherein response was audible, with audiences literally howling back at performances coast-to-coast. The opening track “The Hardest Part” won the Independent Music Award’s Best Americana Song of 2019.

In 2022, the duo is tackling less defined matters of the heart– love. When the 2020 pandemic hit, The Rough & Tumble were dependent on the loyalty of fans to keep them afloat through song commissions. The latest EP, Love is Gross (but it looks good on you) is a compilation of the sweeter songs Graham & Tyler were asked to write, with a couple of nearly-love songs the couple wrote for themselves. The February 11th release is welcomed levity on the heels of the harder matters of their previous release– the balance feeling not unlike their live performances. Find out more about them at https://www.theroughandtumble.com.

*There is one ADA designated parking spot in the area behind the building, but we can set aside additional handicapped parking if you notify us in advance by email.  Also, there is a wheelchair lift available near that parking area; please let us know in the email if you require the lift as well.  Lfolkclub@gmail.com

Other upcoming concerts include Emily Drinker on January 26, Don White on February 23, Tret Fure and Christine Havrilla on March 23, Rupert Wates on April 20, Abbie Gardner on May 18 and June Star on June 1.

Founded in 1993, the Lansdowne Folk Club is a 501(c) (3) all volunteer non-profit corporation dedicated to presenting folk, acoustic and blues music.